Sexy is an Oxymoron 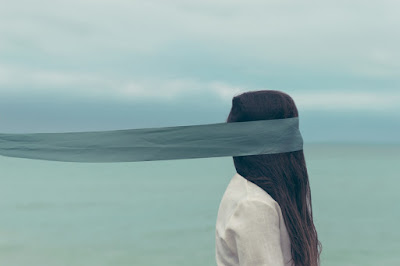 The word, in Greek, literally means sharp-dull. And I believe, contained within the idea of sexiness, is yet another oxymoron. Or even several.

Sexiness is a little bit dangerous, a little bit risque, a little bit edgy, but if those things are turned up too much, then the safety goes away and the sexiness turns into something scary.

Sexiness is also a little bit comfortable, a little bit normal, a little bit safe. If the scale tips too far in that direction, toward safety, then the allure is lost and sexiness evaporates into mundanity. But somewhere in the middle, in the contradiction of safe danger, lies an aspect of sexiness.

For the most part the objective, physical beauty of each person peaks in early adulthood and declines from then. And yes, there are some objective aspects to beauty like symmetry and consistency. Often committed relationships start during this peak and then the commitment grows as the beauty fades. But what's almost magical about sexiness is that it can increase over time even though the objective beauty might be fading.

Beauty wanes, but sexiness can wax greater for as long as you keep feeding your brain with positive experiences.

It's well established, both through research and anecdotes, that variety is sexy. That's why we can see someone new and be instantly attracted to that person. It doesn't mean we're being unfaithful to our partner to notice a new face, it means that our brains are working normally (of course what we do with that noticing is the important bit).

Our brains are wired to notice change. You'll see something that's moving first. You'll notice something that's different before you'll look at what's familiar. Those traits made humans able to survive in the wild, to notice predators, and to find food.

But our brains are also wired for consistency. We gravitate toward patterns, even to the point of creating them so that we can make sense of the world. That trait has allowed humans to develop language and science and math and art and engineering and music. The consistency of the patterns in our world have helped us to learn and grow beyond just surviving.

Here's the contradiction: the more familiar you are with a person, the less they trigger your difference-sense, but the more your pattern-sense. That, in turn, allows you to see smaller and smaller differences. Essentially, sexiness is found through the discovery and wonder of unraveling the ever-deepening mystery of another human being.

Labels: sexiness, state of the marriage

6 Non-Secrets to a Happy Relationship 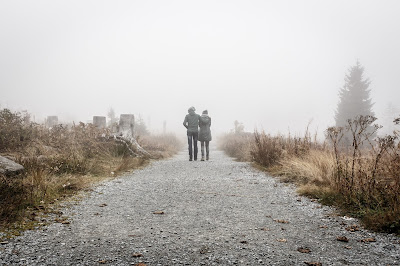 Do you get tired of people telling you that there are secrets that you have to learn from them in order to have a happy relationship? Yeah, me too. They aren't secrets; they're pretty obvious, but for some reason we don't want to do them.

It's no secret that we all change, but for whatever reason we think that our relationships shouldn't. Maybe it's the myth of happily ever after or maybe it's the fact that we don't really understand how our brains create the sensations of infatuation and love. Whatever it is that causes the unrealistic expectation that a relationship won't change is hurting us all.

The only way to stop change is to stop life. We all, by the very nature of being alive, change. Every day we change. Every moment our brains are creating new pathways, our cells are dividing, dying, and growing anew. Our bodies change constantly and that means our minds and emotions are changing too. Expect it to happen. Work with the change instead of fighting against it.

When I was a kid it didn't take much for me to be happy. A bowl of sugar-cereal and a television filled with cartoons could bring me bliss. I could spend hours pretending to fly while jumping off the steps in my front yard. I could ride my bike in endless loops around the neighborhood.

But as I've grown older it takes more for me to be happy. That's a good thing.

The kind of happiness that I experienced as a kid was immature. I enjoyed an experience and it made me happy. But as soon as the experience was over I stopped being happy. And if I had a negative experience I would be instantly sad or angry (brussel sprouts, anyone).

Growing up has meant, not less happiness, but more mature happiness. I work for my happiness instead of having it handed to me in the cereal-bowl of an experience. And my happiness isn't dissolved in an instant if my experiences aren't exactly what I want.

I love my partner and I want her to be happy. I will do just about anything I can to help facilitate her happiness. But I can't make her feel anything and she can't make me feel anything. My emotions are my own and hers are her own. If I'm unhappy I need to start with myself to figure out why.

Is my partner doing things that upset me? Then maybe I need to figure out why I'm upset by those things before I ask my partner to change.

Very often, when we aren't happy, we get into conflict and see that as a win-lose situation.

If you aren't familiar with the term, reverse engineering is the practice of looking at something in its present state and trying to figure out how it got to be that way. A mechanic might take apart a car to see how it works so they can make their own, for example. You can do the same thing with conflict.

Here's just one possible example:
Nearly every point in this script offers another option that would reduce or eliminate the fight, but usually we're too far into the fight to stop completely by the time we notice what's going on. But what you can do is to choose the better option as soon as you see it. Eventually you'll get to the point where some conflicts don't ever turn into fights. That's a pretty great moment when it happens.

In reverse order you could:
Of course your conflict-script is probably different, but the process is the same. Start with the moment you notice the conflict and begin to work your way backward through the script every time the conflict comes up. Soon you could be solving your fights before they even become fights.

So why are you avoiding the awkwardness of conversations now?

But don't flee either. Remember that when you've faced your fears in the past your partner hasn't rejected you or shamed you or judged you. They kissed you back.

In every other aspect of your life, planning is a good thing, but somehow there's this idea that planning in a relationship takes away the magic. How would you feel if your next flight wasn't planned? Your next restaurant meal? Your next job?

Plan to have a great relationship. Plan your dates, plan for sex, plan for meals, plan for spending money. That doesn't mean that you can't be spontaneous, but that spontaneity will be from the plan you've both agreed to rather than out of nowhere.

We call it the State of the Marriage Retreat and we've been doing it every year since 2007. This annual retreat is one of the main reasons we have a happy relationship and one of the key places where we've learned the non-secrets that have made every year better than the last.

There's no secret to having a happy relationship, there's just a lot of non-secrets that require us to grow, mature, and work together.

*I'm using the term 'negative emotion' here for those feelings that often lead to fights like anger, fear, frustration, and sadness. But those emotions (in fact no emotions) are inherently negative or positive. Anger tells us something and we need to figure out what that is and search for a positive way to express it. For the sake of brevity, just know that by 'negative emotions' I mean the emotions that lead to a negative response. Cool? Cool!
Posted by James T Wood at 2:40 PM 4 comments: